This month things got finished, moved along, and there were even a couple of new starts, too (no!!).  Make yourself comfortable and get ready for lots of photos. 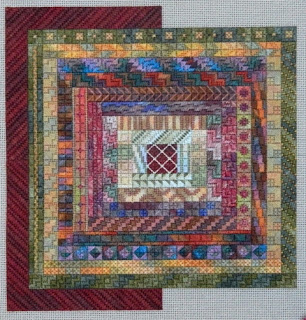 Our old friend, Autumn Logs
by Needle Delights Originals.
This is where I was at last month. 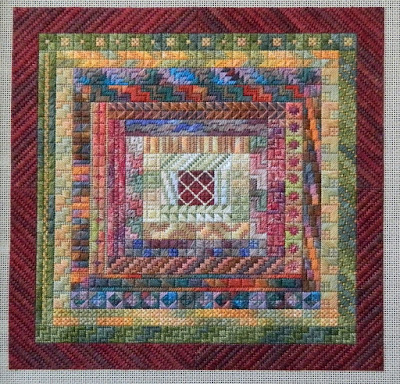 Finally, it's finished!
We can bid this project a fond farewell,
but first a couple of close ups... 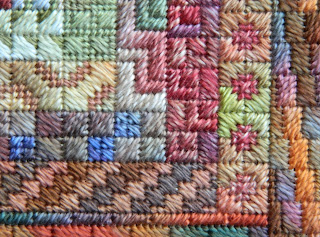 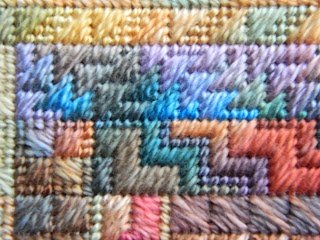 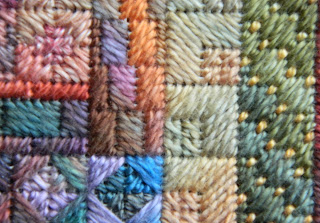 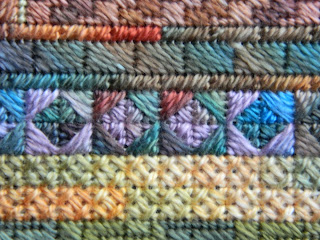 I didn't think it would get finished this month,
but lo and behold!
Yes, my framer is really fast. 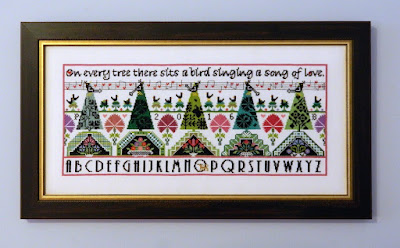 And the farewell close-ups... 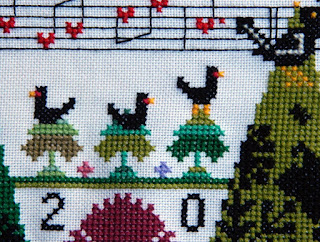 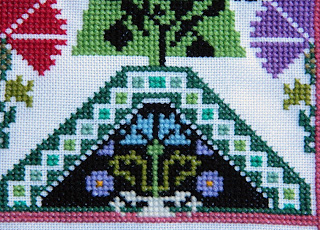 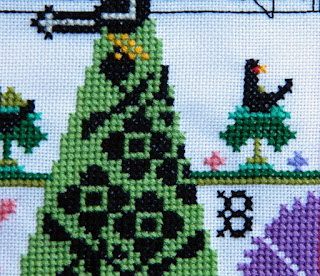 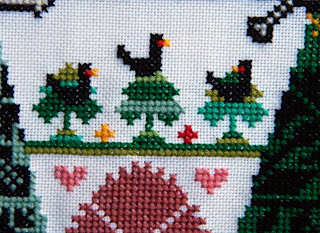 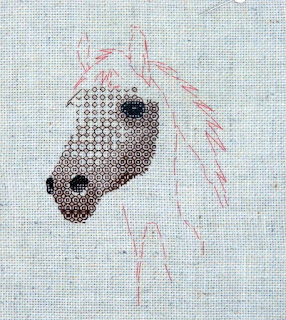 The clock is ticking on this one.
My self-imposed deadline is the end of this month.
I'll make it if I stick with it.  Here's what he looks like now... 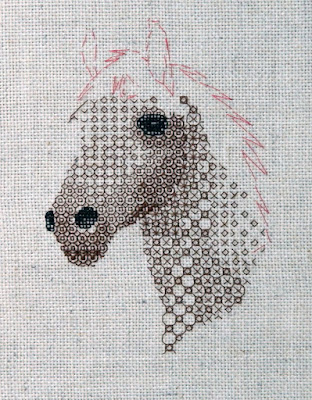 There'll be a little more definition in
the head once I do the stem stitch outline.
That will be done last.
The mane has a lot of dense stitching,
so that will probably take a while.

Way back at the beginning of the year
I showed this piece as part of my list,
and you haven't seen it since. 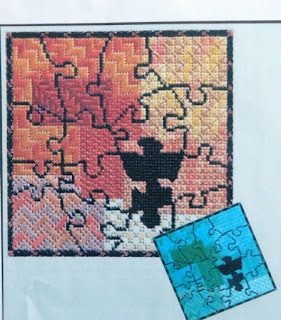 This is The Missing Piece by Jennifer Riefenberg.
Quite apropos, no?
It was last October's class at my local ANG chapter.
As you can see, there are rectangles
(each one a different stitch and a different thread)
and the puzzle piece outlines kind of overlay them.
The reason I hadn't started this piece
is because I had to draw all that on the canvas,
and I procrastinated because I thought it would be
a nightmare. 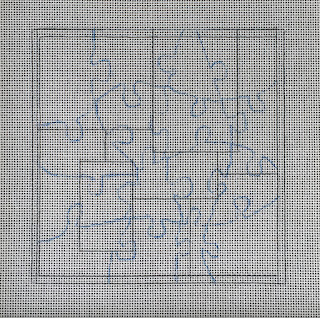 I finally took the plunge,
and the drawing of the canvas went a
lot more smoothly than I had anticipated.
This piece is designed to be an exercise in compensation.

Here is a small seasonal piece
which is not part of the Leap Year List.
I started and finished this piece in May. 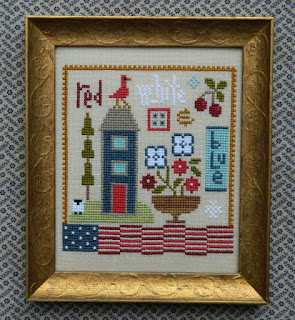 Red White and Blue by Lizzie-Kate.
I finished it as a small picture,
instead of the pillow it was intended to be.
The fabric in the background was
included in the kit to be a pillow backing.

This past month, I also started my
EGA Chapter's mystery sampler. 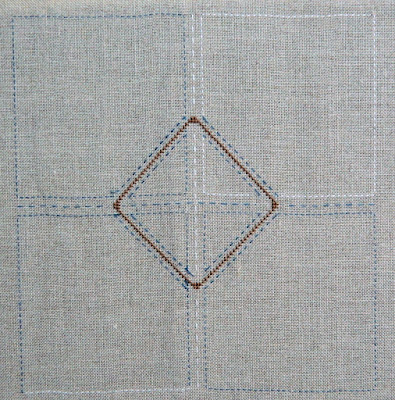 The basting is completed,
and one of several borders is stitched.
The four sections will depict the four seasons.
That's I all know about it so far.

Finally, as a reward for finishing Dawn Chorus,
I started yet another piece this month.
Frequent readers of this blog will not
be surprised to learn that it is
The Prairie Schooler Alphabet.

I was fiddling around with the colors a lot.
I started out using the called-for DMC,
but most of my colors appear a lot darker
than the photo on the leaflet. 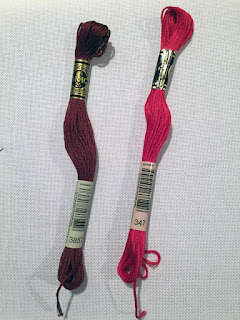 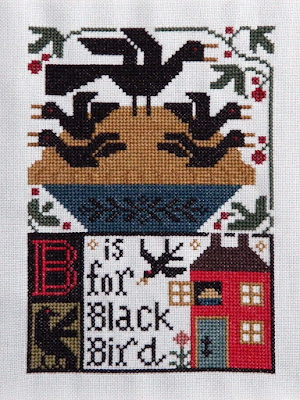 As you can see, if I had used the called-for "red,"
the B would not have been distinguishable.
The gray-green on the pie pan is too dark as well.
You can't really see the design very well.
But I'm not ripping it out.
I substituted a lighter shade for the door.

This has been put away for now,
but I can't wait to start the A.
(I did the B first because it was in the middle of
my three-across row, and I like to start in the middle.)
The biggest difficulty so far has been
rolling the 70 inches of fabric onto my scroll bars!
It was a challenge getting it tight enough,
but now this project should be smooth, if lengthy, sailing.

That's it from here for this month.
Thanks, as always, for visiting.
Posted by Southpaw Stitcher at 8:32 AM 11 comments: