Except for the past couple of days, our weather has been either hot & humid or rainy, so I've been busy stitching.  I have a lot to show, considering it's been slightly less than a month since my last post.  (I'm getting better...)

I'll do the letters from the title in order. I showed the unfinished U from the PS Alphabet leaflets last month.  Here is the finish. 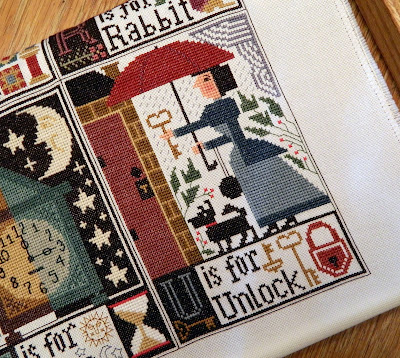 You know, I just realized that
I didn't stitch the dog's eye, so it's almost a finish.

Next, my goal was to start and finish the V this month... 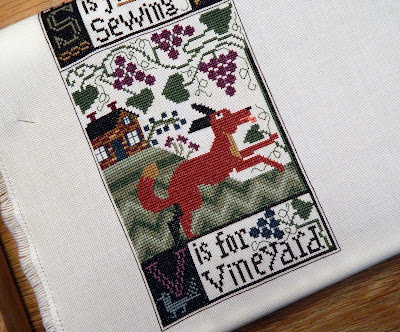 ...and I did it!
This appears to be a nod to the Aesop's Fable
about the fox and the grapes.
But that's no fox -- they don't have flop ears!
I think it might be a redbone coonhound mix
who dipped the tip of his tail into a bucket of peroxide.
But he's still cute. 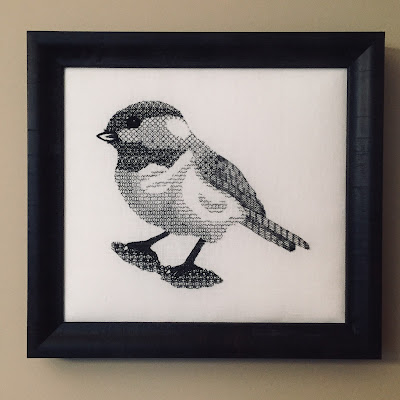 I got the Chickadee that I showed you last month
finished and framed!
He'll be going to the Fair.
Yes, it's Fair time again -- starts one week from today,
and the needlework exhibits have to be
brought in tomorrow!

Next up is a new (to me) designer. 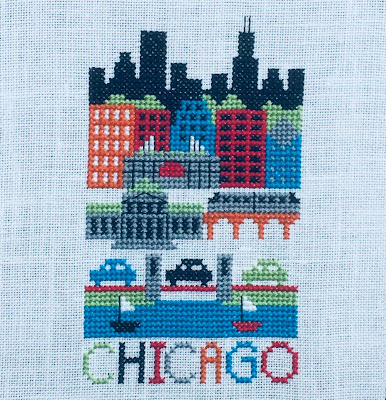 As many of you know, this is my hometown.
The designer is Tiny Modernist.
I haven't finish finished this yet,
but it will probably become a small pillow
since wall space is at a premium around here.

And finally, my 11th hour finish for the Fair: 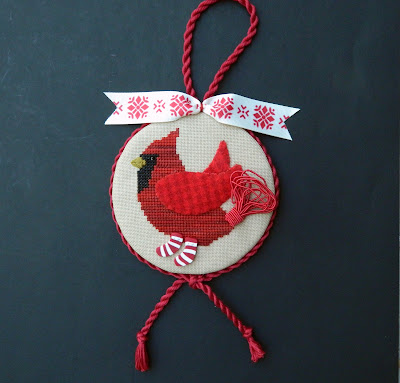 Christmas Cardinal by Jemini Designs.
This is from the Just Cross Stitch Christmas Ornament magazine.
His wings are of wool, and the tail is
made of memory thread, in case anyone is wondering.
I've had it kitted up for several years,
and just finished it the day before yesterday.

As far as the WIP pile is concerned,
I plan to start on the W tomorrow;
I've made minuscule progress on
Blue Jeans & Daisies and Poppers,
so won't show them here.

And I have a new small start: 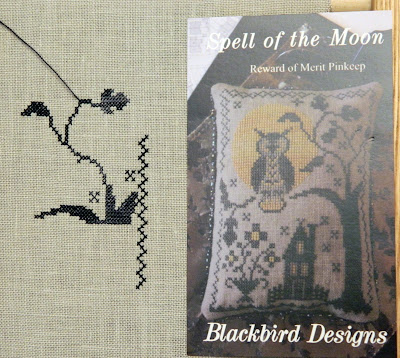 It's time for some Hallowe'en with
Spell of the Moon,
another chart that I've had for quite some time.

My Ho Ho Ho ANG challenge project
is still in the planning stage. 😉

Have a great weekend,
and thanks for stopping by!
Posted by Southpaw Stitcher at 12:31 PM 5 comments: